The BLUEBIOLAB holds its last follow-up meeting in Vigo 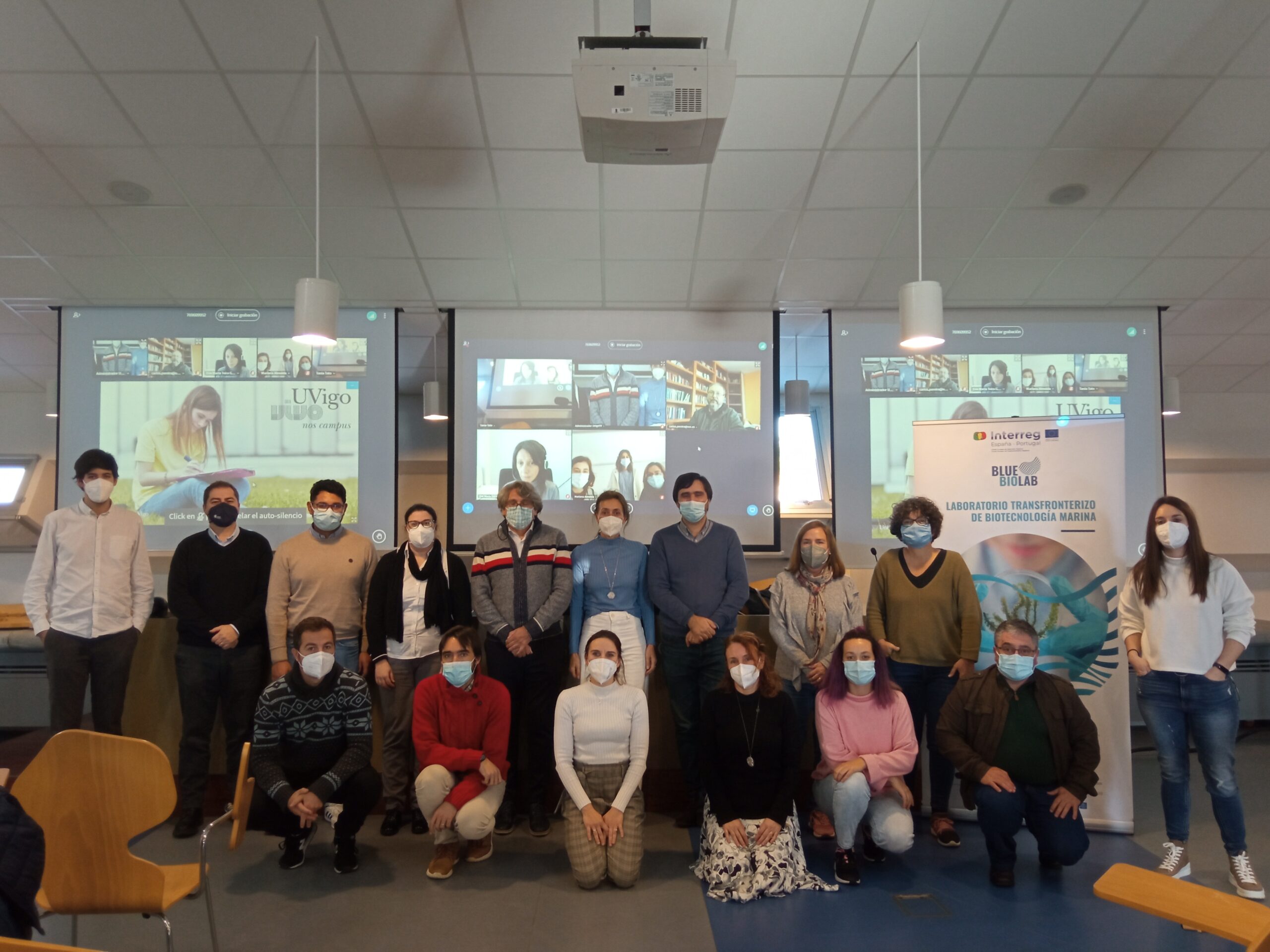 In face-to-face format, a total of 22 BLUEBIOLAB researchers met last Monday, December 13, in Sala Miralles 1 of the Vigo University Campus.

The meeting began with a review of the project status, focusing on tasks pending completion. The researchers participating in the collaborative projects then presented the progress. Last summer the three collaborative projects began: in the Aquaculture and Biotechnology area, the project entitled “Effects of bioactive natural substances in aquaculture (pathology and larval development)” led by Prof. Vitor Vasconcelos from CIIMAR, in the area of ​​development of new bioactive compounds and biomaterials of marine origin the project entitled “Bioactive compounds of photosynthetic marine organisms and biomedical potential” led by Dr. Tiago Henriques and finally in the area of ​​use of omic technologies for the understanding of marine biodiversity the project entitled “Microbial and Viral Biodiversity of the Marine Environment: NGS applied to water, sediments and animal tissues. What’s behind the curtain, waiting to appear? ” led by Dr. Carlos Pereira of the Institute of Aquaculture (USC). For an hour, four researchers have presented results of collaborative projects of great interest that confirm the success of cross-border collaboration in the field of marine biotechnology.

The final BLUEBIOLAB event will be held on February 23 or 24 at CIIMAR (Oporto), where all the results of this very fruitful collaboration will be exhibited. It will be a mixed event divided into two sessions, a morning session with an institutional format and an afternoon session of a scientific nature.